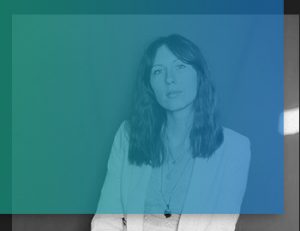 Indie/Alternative Pop – Artist VIDA NOA started to leave her footprints in the Austrian Music Scene about four years ago. It all started with the release of two self – produced singles, „Bulletproof“and “Knock me Out”, which both made it to the top of the local Radio Soundportal – Charts.

VIDA NOA, winner of the Fender Paramount Singer/Songwriter Contest 2017, where she prevailed against 760 contestants from all over Europe, started to write and compose at the early age of twelve. It did not take long until she enchanted her fans with live – appearances on stages all over Austria. Playing the legendary Augartenfest und Styrian Sounds Festival in her hometown Graz, the Donauinselfest- Vienna or the sold out Admiralspalast – Berlin with Glen Hansard and Clueso, VIDA NOA developed her performance into a captivating experience of soundscapes and storytelling.

In May 2019 she released her self-titled Debut-Album „Vida Noa“, which was produced and recorded in cooperation with Markus Bieder and Salvatore Denaro @ Tonladen Studios Graz. The carefully reduced album sound has been arranged to fully support the artist´s exceptional voice and tangent lyrics. Sometimes powerful and sometimes fragile, but always authentic, the use of organic instruments and analogue recording techniques support the artist´s unsparing honesty reflected in her storytelling.

In March 2019, VIDA NOA released the first Single “Berlin” followed by „Strangers“, a duet with Simon Lewis and „Self Love Club“. All singles received  airplay in various Austrian music stations like “Antenne”, “Radio 88.6”, Radio Soundportal and Austrian State Radio – ORF. By the end of 2020, VIDA NOA recorded more than 100.000 streams on Spotify.

With 2020 having been quite challenging due to the COVID – Pandemic, VIDA NOA still managed to produce three new songs in her home studio. “I built a bed in my car” tells the story of a girl longing to go on the road during times of lockdown. “Lovestoned” talks about the emotions when being truly in love and “Wild Woman” (Release in January 2021) is a tribute to all the strong women out there!