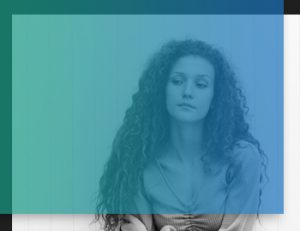 Singer-Songwriter and Producer Maia Onda is a musician of the rare kind.   She joins forces naturally by making exceptional music and having a unique look. Her songs never fail to carry her signature sound, consisting of catchy melodies embellished by powerful choirs. Maia Onda is highly influenced by Soul, Jazz and Funk but sings Modern Pop, which makes her songs feel all the more timeless and profound.

With over thirty self-written and home-produced songs available on her YouTube Channel- she already raised the bar fairly high before even graduating. By taking over her own music production, she defined exactly what she wanted at an early age. The soundscapes she portrays have the magic of just feeling right, no matter if she sings about broken hearts or happy love. By uploading consistently over five years, she formed a devoted community, always supporting her at her many concerts.

Launching her debut single “Dead Plants” in 2021, she is singing about love that feels unattended, while getting her artist project just started.